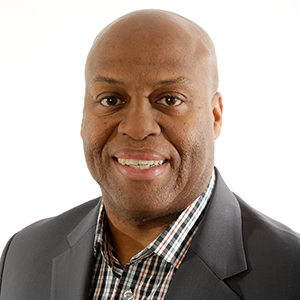 Craig Robinson was named the Executive Director of the NABC on July 13, 2020.

Robinson brings over three decades of administrative and coaching experience to the NABC. From 2017-20, he served as the Vice President of Player Development and Minor League Operations for the NBA’s New York Knicks, a role that also included the title of General Manager of the G League’s Westchester Knicks.

Robinson held a similar front office position in player and organizational development with the Milwaukee Bucks from 2016-17. Prior to his transition into administration, Robinson spent eight years as a Division I head men’s basketball coach – two seasons at Brown and six at Oregon State.

Robinson won 30 games in his two seasons at Brown, more than any other head coach in their first two years in program history. He was named the Ivy League Coach of the Year by basketball-u.com following the 2006-07 season.

At Oregon State, Robinson won 94 games – currently the fourth-most in program history – and led the Beavers to four postseason appearances. In his first season in Corvallis, Robinson won 18 games with a team that had finished 0-18 in conference play the prior season.

Robinson spent six seasons as an assistant coach at Northwestern, and also held coaching positions at the Illinois Institute of Technology and the University of Chicago High School.

One of the top players in Ivy League history, Robinson was a two-time conference Player of the Year as a men’s basketball student-athlete at Princeton from 1979-83. He graduated from Princeton with a degree in sociology, and later earned an M.B.A. in Finance from the University of Chicago Graduate School of Business.

Originally from Chicago, Robinson is married to Kelly Mccrum Robinson and has four children. He is the brother of former First Lady Michelle Obama.