The NABC National Championship Trophy was first awarded in the 1990-91 season.  Since its inception, the trophy has been produced by the Blackdog Group.  The hand-blown trophy, which is cut and polished in Waterford, Ireland, is individually made and takes three months to create. The base of the trophy is a propriety material, Foxite, made by Bruce Fox, Inc.  The trophy is three pieces: crystal ball, crystal support and base. 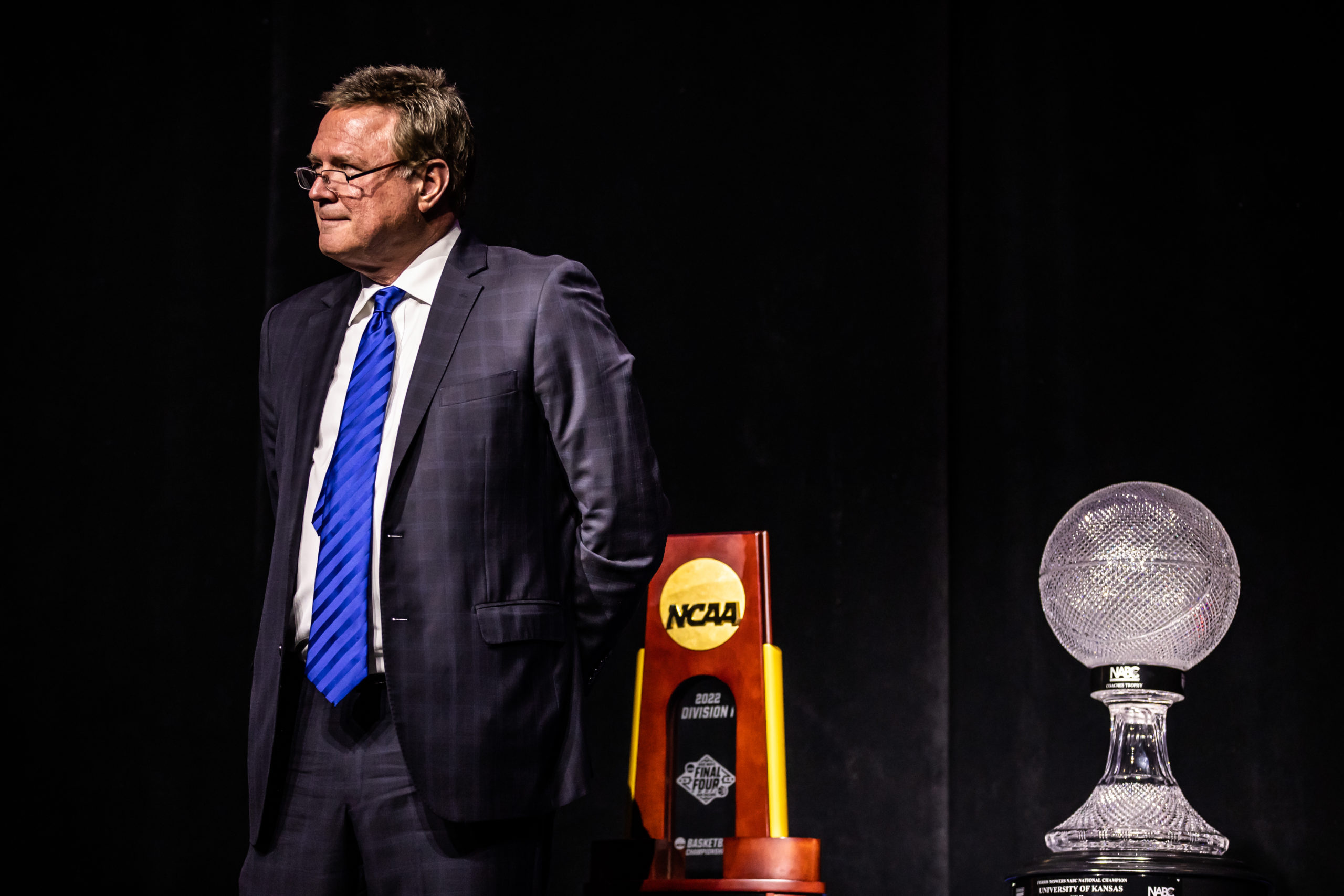 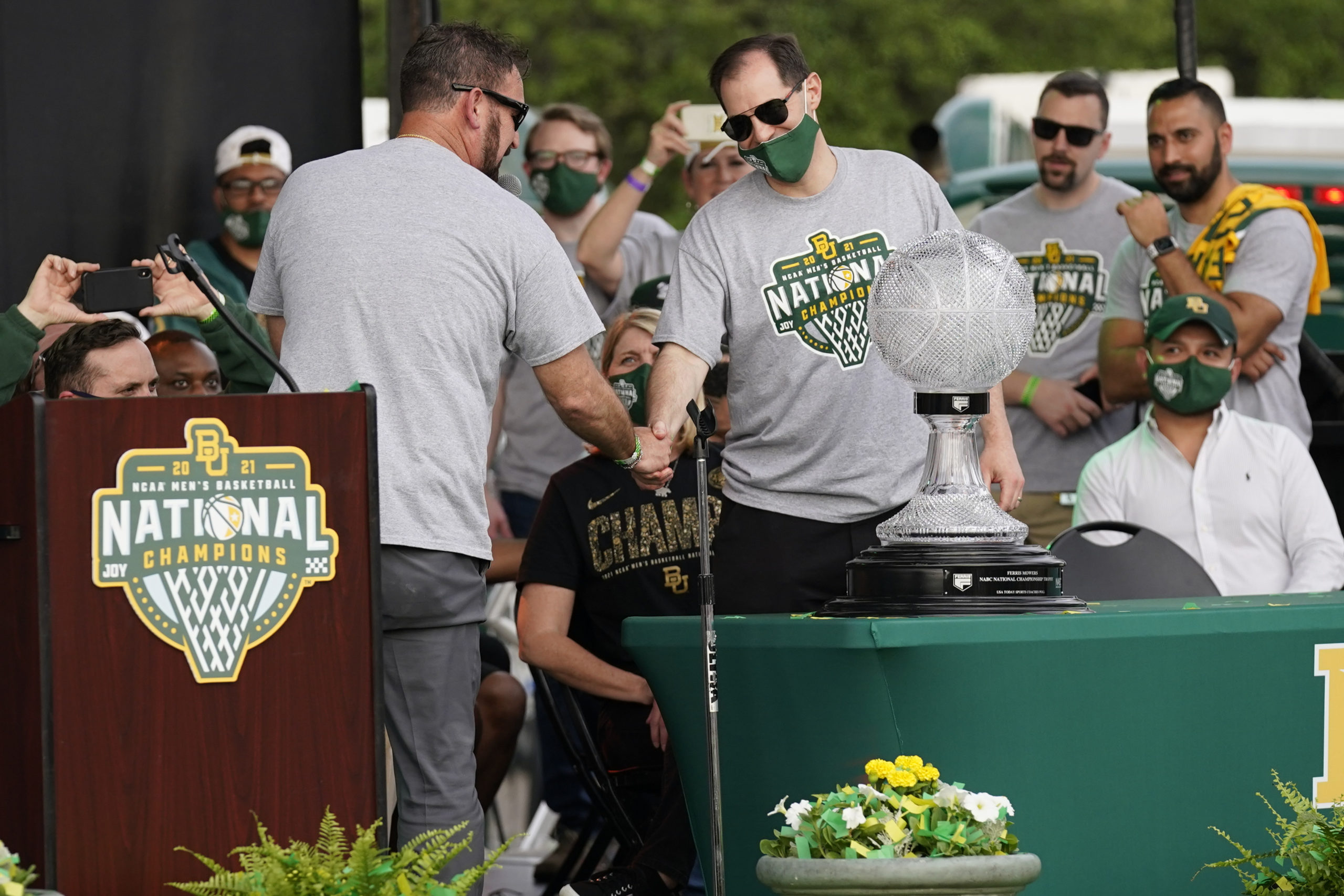 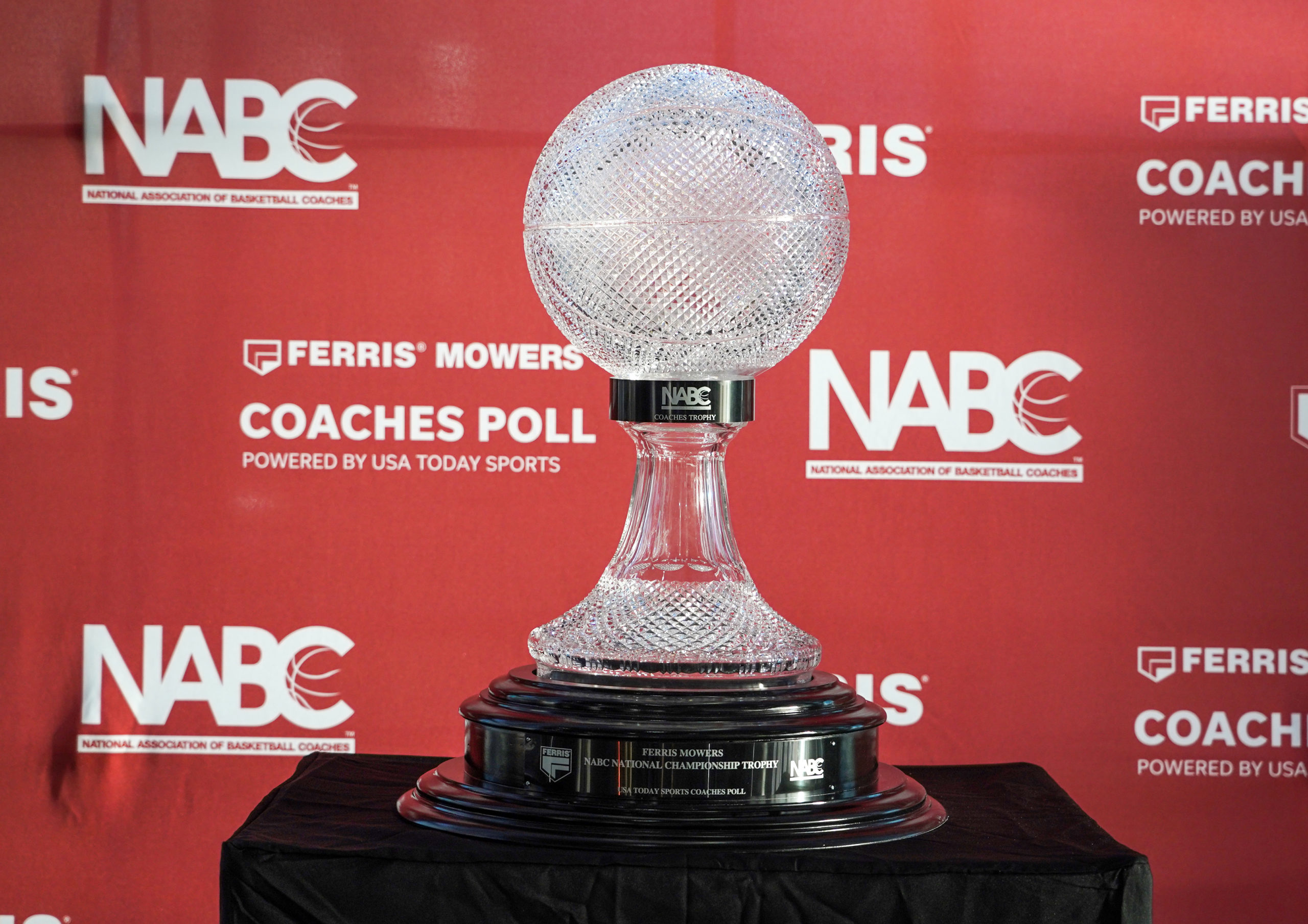 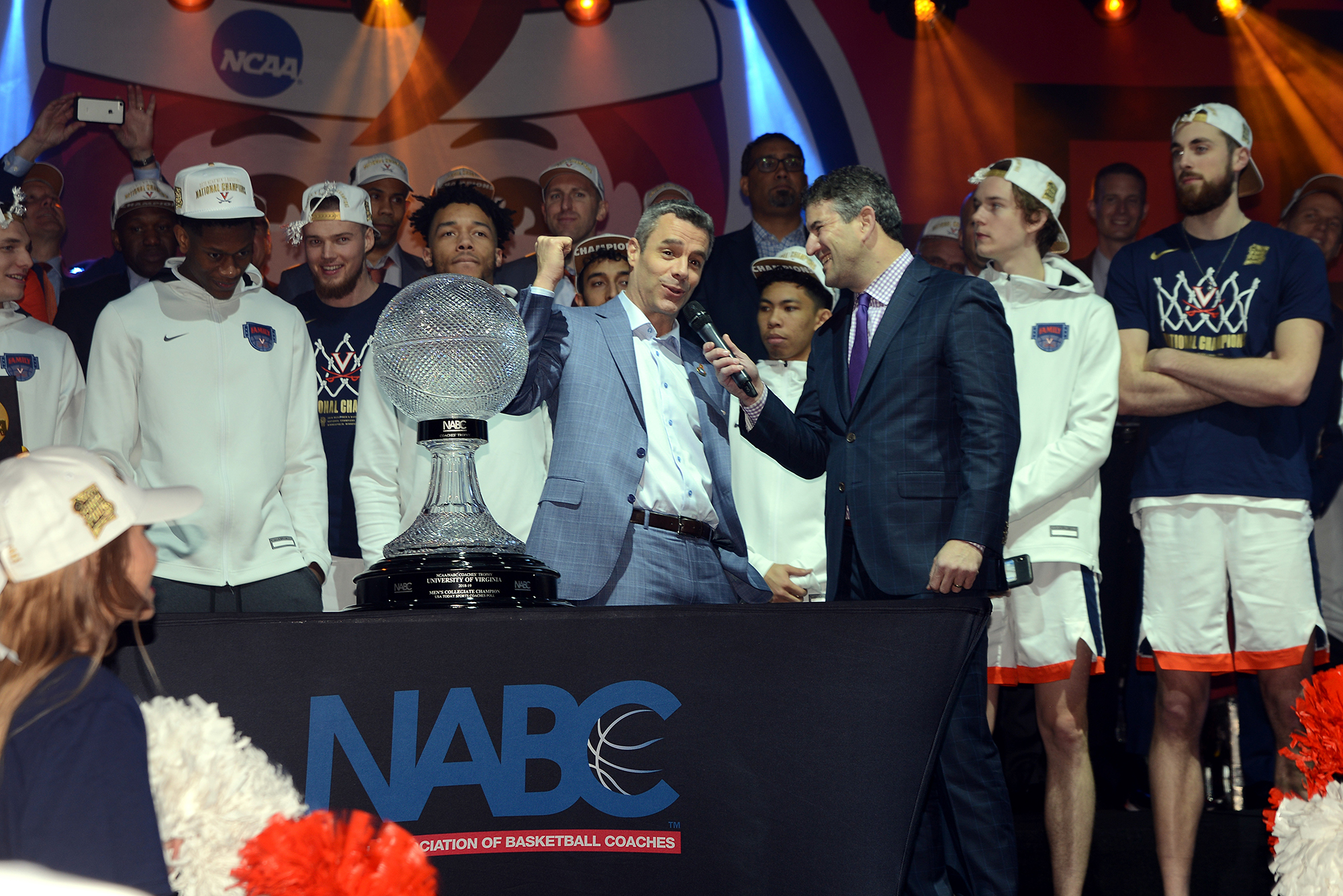 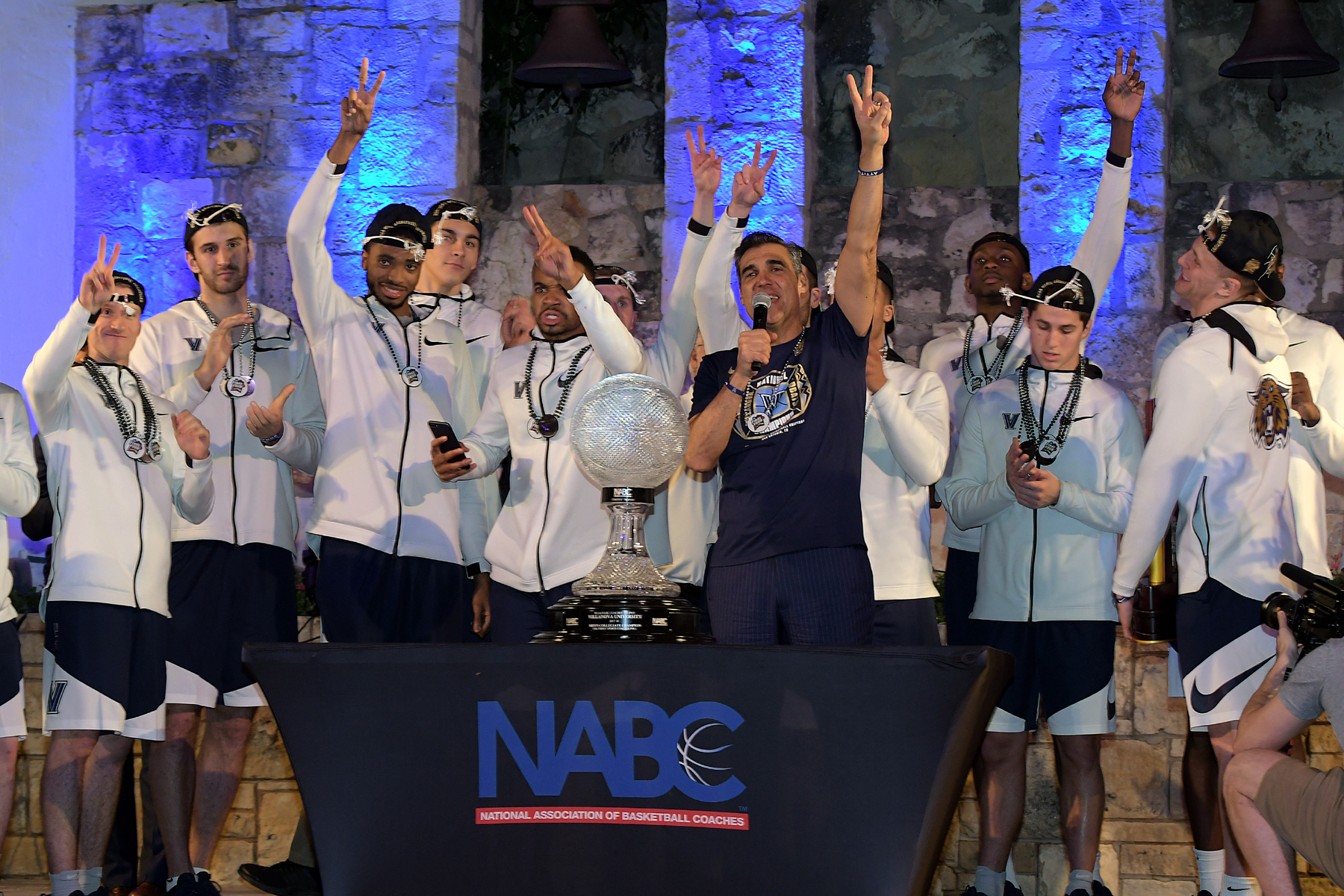 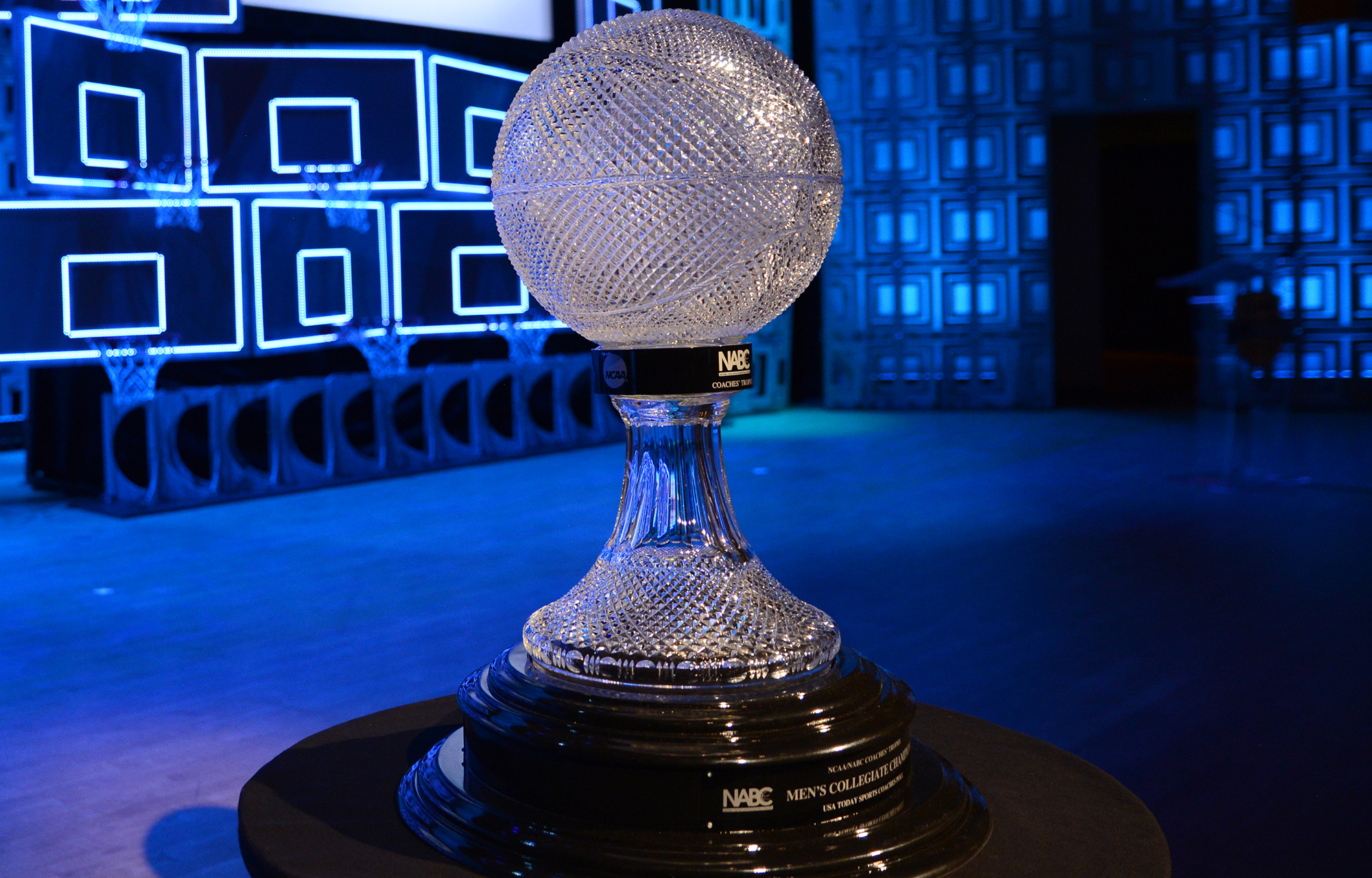 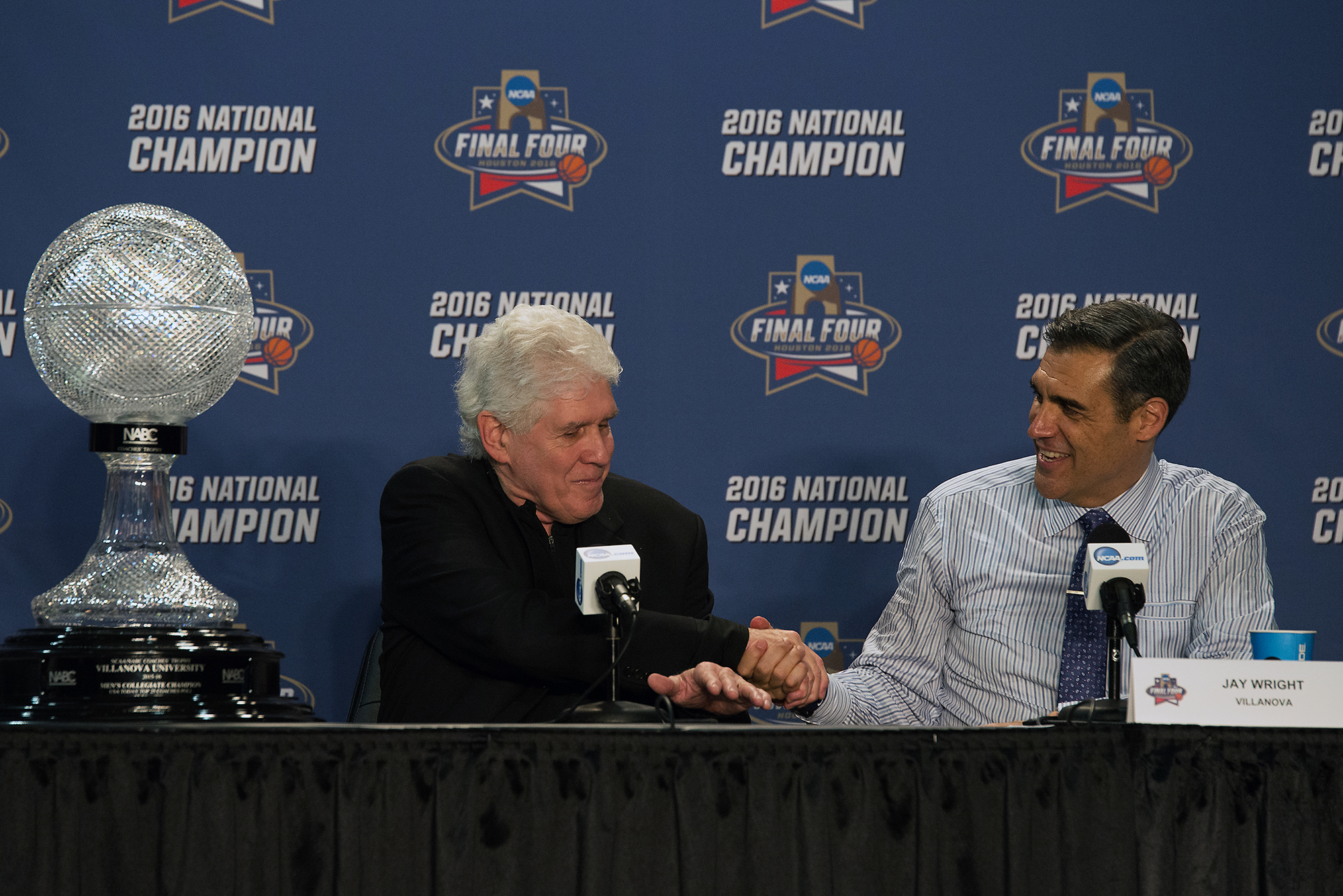 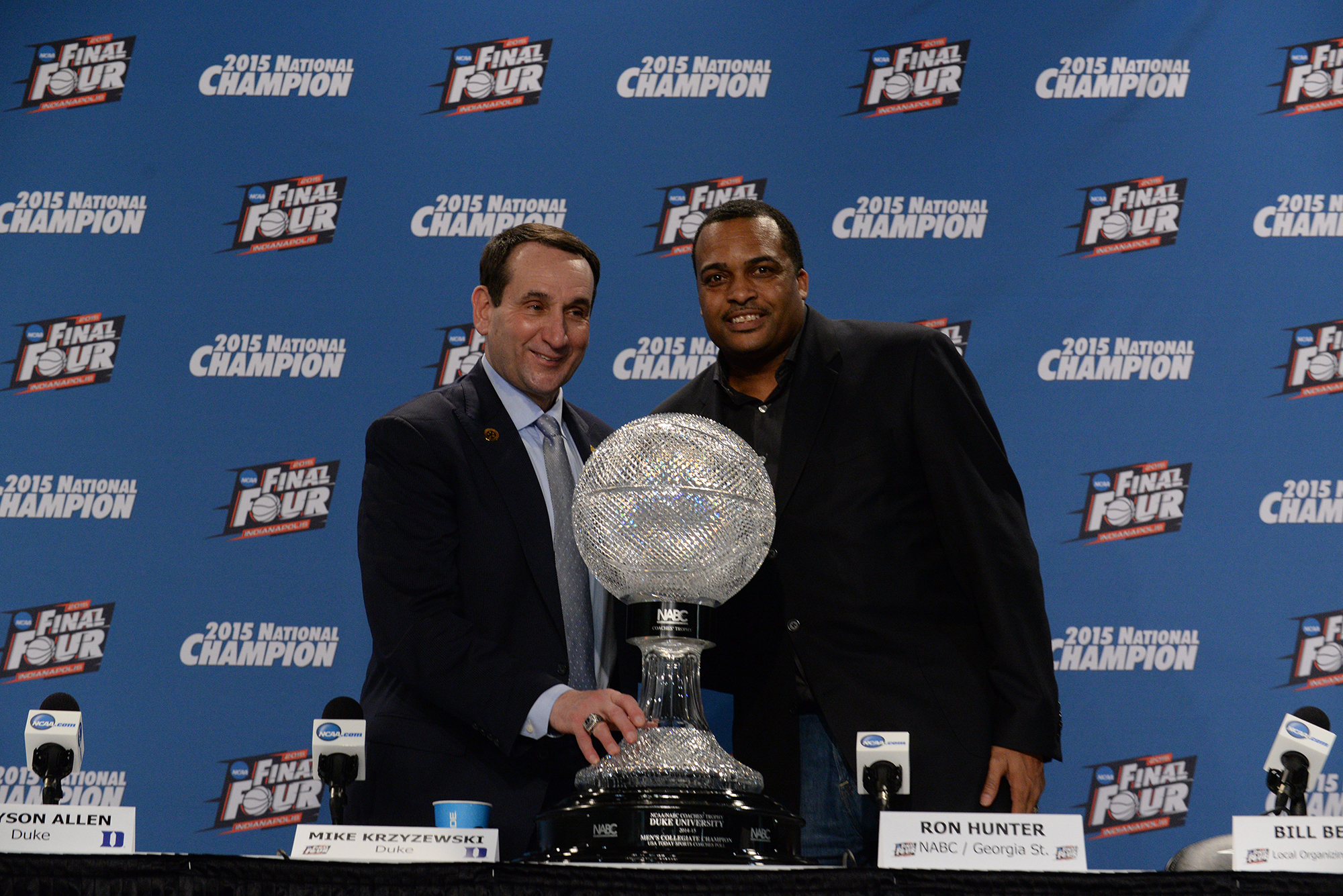