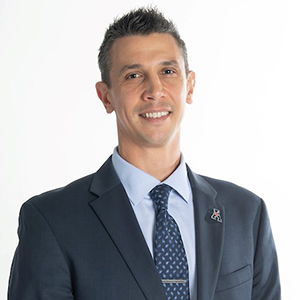 Before joining the NABC staff, he served as the Associate Commissioner for Men’s Basketball at the American Athletic Conference, where he was the primary administrator for men’s basketball operations, including scheduling, officiating, NCAA relationships and the AAC Men’s Basketball Championship.

Pomeday holds both a bachelor’s degree in communication studies and a master’s degree in sport administration from Northwestern. He was a men’s basketball student-athlete for the Wildcats from 1995-99.